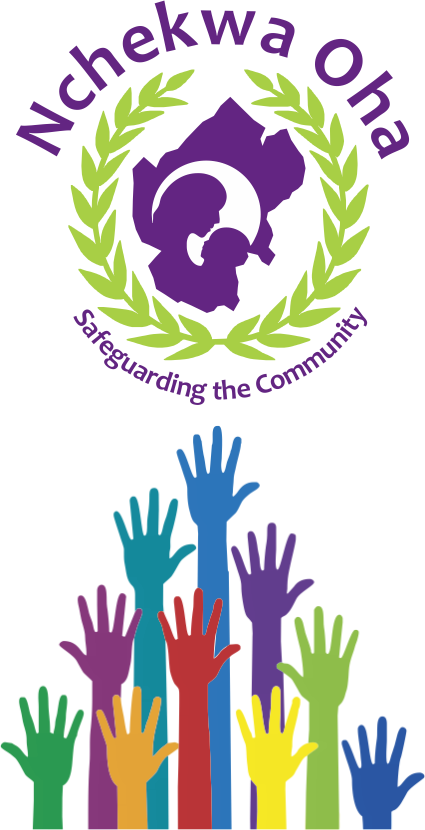 OUR MAIN AREA OF FOCUS

Nchekwa Oha Advocacy Foundation lobbies for legislation reform and creation of new legislation were we believe it is necessary. We advocate for domestication of Federal Law within the South East Geopolitically Zone, that is in the interest of the local people. We lobby for the implementation of positive legislations within the local communities. From time to time we collaborate with other Non-governmental agencies to advocate for legislation reform as well as creation of new ones.

Nchekwa Oha Advocacy Foundation scrutinises government policies in order to make sure the voice of vulnerable people in the community are heard. We raise awareness on government policies to local people. We advocate for change as and when it is necessary.

ACTIVE CAMPAIGN
No Active Government Policy Campaign at the present time – watch out for one or recommend one.

Nchekwa Oha Advocacy Foundation is very passionate about making sure the Igbo Culture remains a  positive influence to the Igbo community therefore we will challenge any aspect of our Igbo Culture that oppresses the vulnerable as well as negative attitudes that are projected as Igbo Culture.

ACTIVE CAMPAIGN
We are presently seeking the views of traditional rulers if domestic violence is an Igbo Culture?